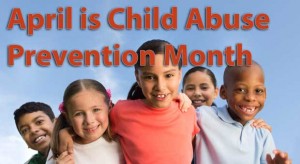 The immediate effects of child abuse can be extremely serious, especially in infants, where some of the serious injuries and fatalities
result from shaking during the first 12 months of life. In both infants and older children, the effects of child abuse vary according to the
types of abuse or neglect and can be identified by the following signs.

Statistics underscore the alarming effects of child abuse over time:

April is Prevent Child Abuse Month. We are asking that you do something proactive to help children and keep them safe become a part of the solution in Champaign County.

There are no upcoming events at this time.